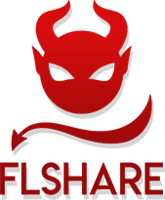 Dungeon Keeper 2 is a "god game" which introduces the series to an entirely 3D engine (as opposed to the original's engine with 3D environments and 2D unit sprites). As before, the player is tasked with the construction, expansion and maintenance of dungeons, as well as attracting, managing, and utilizing various evil creatures to fight the forces of good. Several creatures, spells, traps, and rooms are new to the series, while others received a visual redesign at most, and some were even replaced. The series' trademark unit, the Horned Reaper, is now only called through a special support power and only one can be found on the map at a given moment. Spells are now cast using mana (an auto-generating resource proportional to the size of the dungeon) instead of gold, and can be upgraded once there are no new spells to research. Dropping creatures now stuns them (unless thrown into the new Combat Pit room).

The game's campaign has the player enter the land of good and conquer it region by region while staying in the underworld. Enemies either stay in fixed, protected areas, or execute sneak attacks from inopportune directions. The boss of each level holds a portal gem which is used to access the overworld (off-screen) and claim the region. The game also features skirmish and multiplayer modes, as well as a sandbox mode titled "My Pet Dungeon", where enemies only attack if the player wishes them to.

As of patch 1.61, the player can attract elite creatures, which are statistically more powerful than their standard counterparts and have a slightly different appearance, if rooms are built in specific layouts. Patch 1.7 also added another new unit, the Maiden of the Nest. Jump to
We Currently Accept